Livestream Sponsor Shop
Helo
Register to use all functions.
Detail 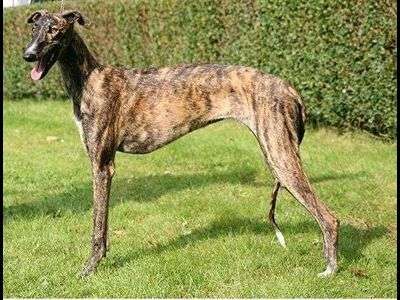 The Galgo Español has a similar temperament to that of the greyhound. They can be a little shy and reserved, so it is important that they are socialised as puppies to get used to other dogs, people and different locations. As long as they have regular opportunities to run they are content to doze away their days in a basket or on the sofa. The Galgo Español tends to be relaxed and laid-back around other dogs and is generally considered to be cat-friendly. They are also very good with children, being calm and patient, and enjoy being stroked and fussed over; this makes them excellent family pets. They also excel at lure coursing, and while they are as yet little known in the US, have enjoyed success in European show rings.

Origins of the Breed

The Galgo Español is a very ancient breed that goes back at least to the days of the Roman Empire, when the author Arrian described his experiences of hunting hares with this breed. Under the Moorish rule, the Galgo Español was held in high esteem by aristocrats and members of the court. During the early years of the 20th century, attempts were made to increase the speed of the Galgo Español by crossbreeding them with greyhounds, but the resultant dogs lost some of their long-distance running capabilities. Breeders came to the conclusion that it was better to preserve the Galgo Español as an excellent hunting dog. Despite its antiquity and importance, cynological associations have only recently begun to acknowledge the breed, and the Galgo Español is now becoming more highly-appreciated both at home and abroad.

While the Galgo Español breed is similar to the greyhound, there are several distinct differences in their appearance. Their rear is higher than their front, and they have a rather flat musculature, characteristic of endurance runners. They have longer tails and are smaller and lighter in build. Their chests are shallower than a greyhound's and should not reach down as far as the elbow. They may be smooth- or rough- coated and their coats may be brindle, black, red, white and yellow, plus pio, which is any colour with a white forehead and muzzle.

Like most sighthounds, the Galgo Español is a relatively healthy breed. Their breeding history that has seen them develop into a lightweight, speedy hunting dog means that they are unlikely to have problems with hip dysplasia. They are sensitive to anaesthesia, and vets should be aware of this before carrying out treatment. Prospective new owners should bear in mind that dogs of this breed need a good run on a daily basis to keep them in good health.